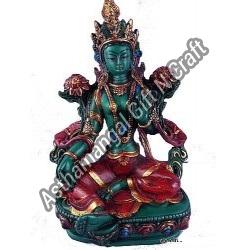 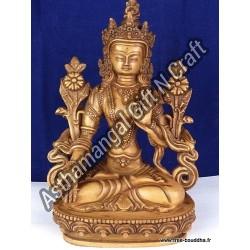 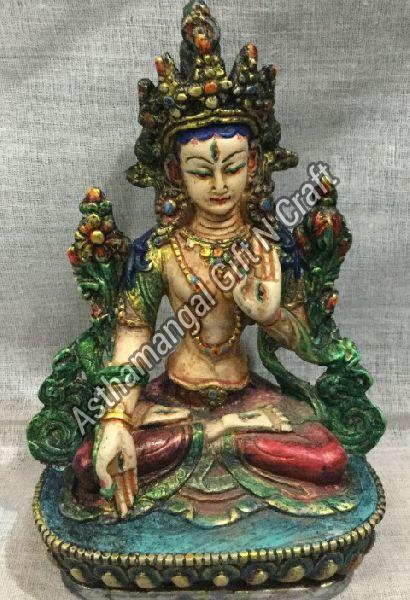 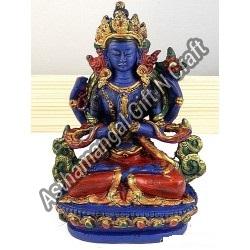 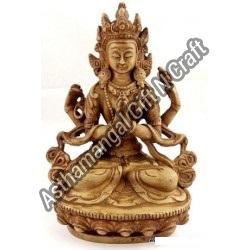 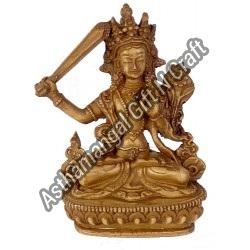 White Tara : White tara is the female deity of the Buddhist Pantheon. White Tara was born from a tear of the Boddhisatwa of compassion.She holds a very prominent position in Tibet & Nepal.

Among the two form of Tara, white Tara is regarded as consort of Avalkiteswara, some times of Vairochana.She is portayed usually seated, dressed and crowned like a Boddhisatwas and sometime she is regarded as Saptalochana or seve at one or both of her shoulder.n eyes Tara. Extra eyes on her forehead, palm,and feet and lotus flower.

She is beautiful, wearing all sorts of precious ornaments.

Kharachheri- Kharchheri is also a form of Boddhisatwa Avalokiteswara. He is also known as six syllabled Lokeswara. The six syllable are " OM Mani Padme Hum"

He is in white colors,  four arms carring rosary in the nright hand and full blown lotus in left. The other two principal hands are raised to the chest with the palms enjoined in Namaskar mudra with a round object known as Jewel  which is regarded as a symbol of Knowledge.